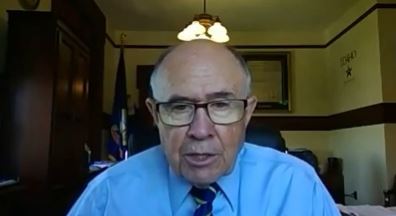 In comments this month at the City Club of Boise, the leader of the Idaho Senate, Republican Senator Chuck Winder, called the Idaho Freedom Foundation a huge threat to democracy.

“I think my greatest disappointment is how many legislators are willing to follow the directions of the Idaho Freedom Foundation. And to me that’s one of the biggest threats we have to our democracy in our state is we’ve got a small group of people that are very vocal that are very aggressive towards anyone that doesn’t agree with them, and they’re willing to do and say anything they want to say to try and get rid of anybody. And in fact, if you’ll listen to some of the rhetoric going on out there now, everyone in the Senate’s bad. They got to get rid of the entire Senate before they can get their ideas advanced. So I think that’s a huge threat to just the democracy in our state, the republican form of government.”

This year the Idaho legislature’s destructive actions directed by the Idaho Freedom Foundation have been well documented, particularly in the Idaho House—