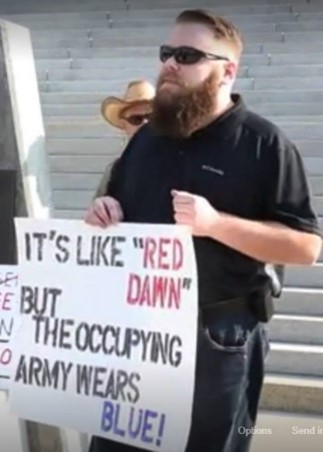 In April 2020 the editorial board of the Post Register called out the Idaho Freedom Foundation for some of Parrish Miller’s posts on Facebook. The Post Register said, “By plain appearance, this is an argument purporting to justify the premeditated murder of police officers for doing their jobs.”

Idaho Freedom Foundation President Wayne Hoffman responded by defending Parrish Miller, saying, “The Post Register has not been honest in its portrayal of Parrish’s ‘controversial’ post, in which he used neither the word ‘murder’ or ‘police.’”

Unfortunately the editorial board of the Post Register had not seen the following statements buried deep in Parrish Miller’s blog www.parrishmiller.com  and Twitter feed in which Parrish Miller achieved the almost impossible explicitness that Hoffman was demanding.

Parrish Miller stated, “If anyone—including an employee of a criminal gang which calls itself a government—attempts to initiate force against an innocent individual, it is perfectly justifiable for that individual . . . to use defensive force (up to and including lethal force).”

Parrish Miller also stated, “I am not ‘proud to be an American’ . . . One day there may well be a good reason to celebrate an ‘Independence Day,’ but it won’t be July 4th. It will be whatever day mankind is finally freed from the curse of the U.S. government. I eagerly await the news of its eradication.”

Parrish Miller has worked on the campaigns of several politicians allied with the Idaho Freedom Foundation. Campaign finance disclosure reports show that 15+ political candidates have paid Miller and his company Design by Parrish more than $25,000, including more than $5,000 from Lt. Governor Janet McGeachin’s 2018 campaign.

Additionally, as first reported in The Lewiston Tribune, McGeachin has paid Miller more than $20,000 in Idaho taxpayer funds for computer services and professional services provided to the Lt. Governor’s office.

Soon after I called out Parrish Miller for inflammatory comments in his blog posts, Parrish Miller deleted those posts and claimed that he was simply expressing his love of country while “opposing” its government. Parrish Miller was not merely opposing the U.S. government but calling for its complete eradication.

So that Parrish Miller cannot twist the facts or hide his comments, below are screenshots from his deleted blogs and tweets: 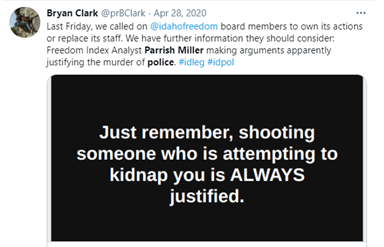 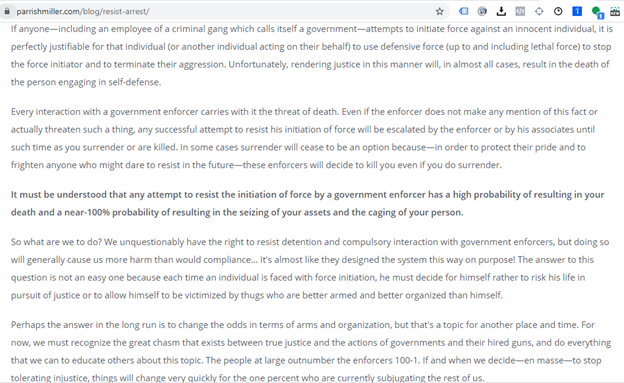 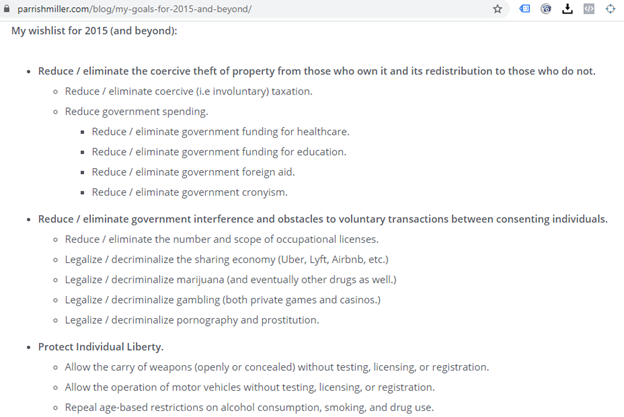 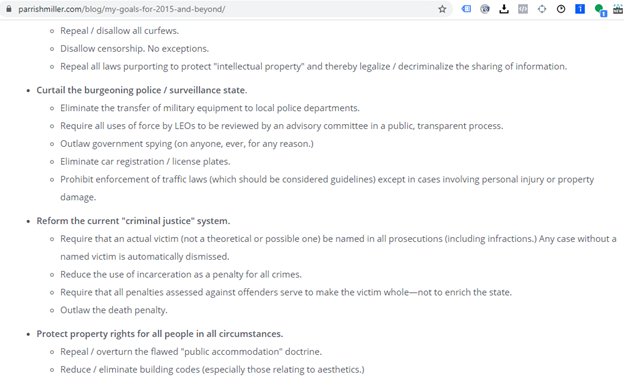