Corruption at the Heart of the Idaho Freedom Foundation 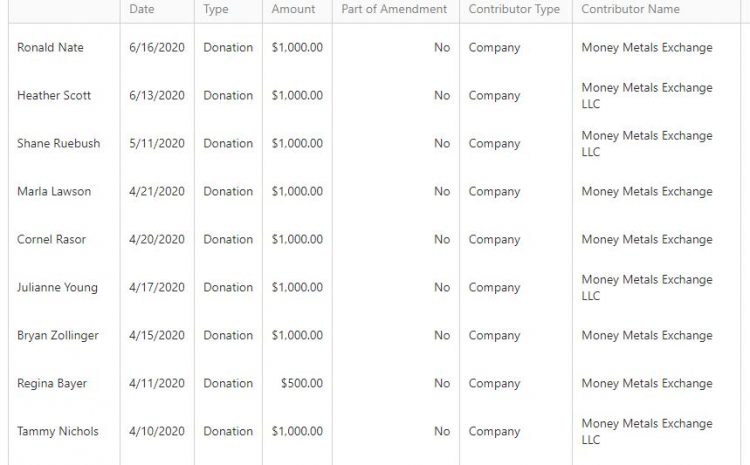 The best way to respond to these faulty arguments is to point out how both the Idaho Freedom Foundation and the American Conservative Union are infested by and have become corrupted by special interests. Perhaps these organizations started out with pure motives years or decades ago, but if so, that is no longer the case.

The American Conservative Union organizes CPAC every year, the Conservative Political Action Conference. CPAC is a powerful way to connect special interests with lawmakers and other influential people who consider themselves conservative. Empowering special interests is CPAC’s whole purpose! Lawmakers in attendance also generate some good press and find donors and partners who can now spend unlimited amounts of money (under the Citizens United ruling by the Supreme Court) in “independent” political campaign expenditures. At CPAC, the special interests gather to influence and lobby the lawmakers and to sell their so-called “conservative” services to others in attendance. Everyone wins at CPAC except the American people.

There are dozens of special interests who pay $12,000 to $125,000+ to sponsor CPAC and thereby influence lawmakers. A list of these special interest sponsors is on the CPAC website, including Forthright Strategy, whose personnel have been accused of using “scam PACS” to fundraise for conservative causes while retaining much of the money it receives from the donors. In other words, Forthright Strategy is possibly a money-sucking vampire whose choice of prey is conservatives. Not what you should be looking for in a sponsor!

Perhaps the worst special interest of all at CPAC in 2020 was top sponsor Liberty Healthshare. Liberty Healthshare is an alternative to health insurance. As explained on its website, “Our role is to enable self-pay patients to help fellow Americans through voluntary financial gifts. This program is not an insurance company nor is it offered through an insurance company. This program does not guarantee or promise that your medical bills will be paid or assigned to others for payment.”

The Liberty Healthshare scheme was able grow exponentially during the first few years of the Obamacare health insurance mandate starting in 2014 because healthcare cost sharing programs were legally allowed alternatives to health insurance. Of critical importance, pre-existing conditions are excluded or limited under the Liberty Healthshare scheme for up to 3 years. So, as long as Liberty Healthshare could keep accelerating its numbers of healthy members or members whose pre-existing conditions were excluded or limited during the first 3 years of enrollment, the scheme could remain financially viable.

But once the health insurance mandate was removed in 2019, that created an incentive for healthy Liberty Healthshare members to stop paying their monthly fees. And in 2019 those members who signed up for Liberty Healthshare through 2016 would now start to be eligible for more payments for their pre-existing conditions.

To be clear, the Liberty Healthshare scheme is apparently perfectly legal. But it shouldn’t be. It’s like selling fruit labeled “Poisoned Apples” at the grocery store and when someone dies saying, “But we told you it was poisoned!” No ethical organization should accept Liberty Healthshare as a sponsor. There are heaps of recent reviews posted online from Liberty Healthshare members whose medical bills are not being paid and who are being hounded by collection agencies. Liberty Healthshare’s tax return for 2018 shows a decline in member fees received compared to 2017. The bubble has burst, and the jig is up. Caveat emptor!

Now to return to the Idaho Freedom Foundation. One of the special interests it blatantly represents is Money Metals Exchange LLC., together with its president, Stefan Gleason, and other related organizations that share personnel and/or office addresses, such as The Sound Money Defense League and True Causes LLC.